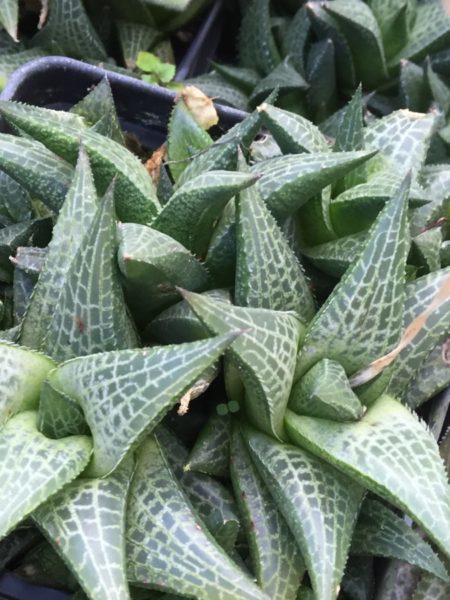 Unique markings on the tops of succulent low-growing rosettes. Slow-growing, but will multiply!

A widespread species native to central-southern Africa and Namibia. It is one of the most adaptable, widespread and also variable Haworthia primarily found in the summer rainfall area. It grows on bushes and rocky areas. Very proliferous, forming clusters in nature and filling in available space in shady areas under bushes and in rock crevices.