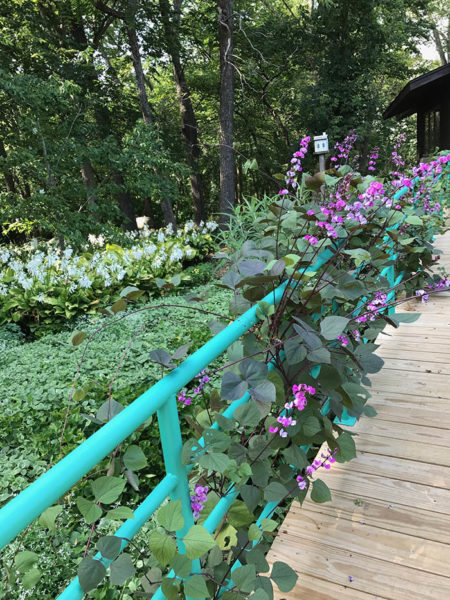 With striking foliage, flowers, and seed pods, this vigorous grower covers fence and arbor quickly without being an invasive pest. Easy to grow in most conditions it can hold it’s own with silver lace vine.

Native to the tropical regions of Africa, this vine is cultivated extensively in Asia and North Africa for its edible fruit pods, which are highly ornamental. The hyacinth bean, also known as Egyptian and Indian bean, was introduced to European gardens in the early 1700s and sold by American nurserymen by the early 19th century. 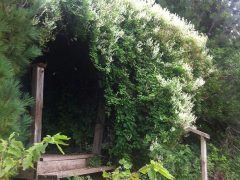