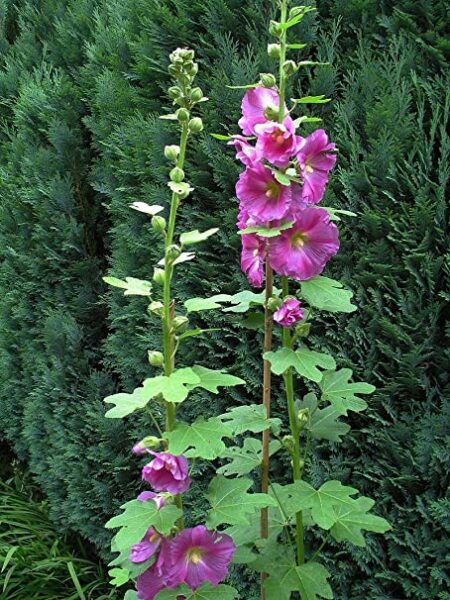 This less-known variety of hollyhock is native to Siberia and was introduced at the end of the 16th century. Reliably perennial, it is commonly called fig-leaf hollyhock because of its unusual foliage. Plants produce the same beloved blooms of cream, gold, rose pink, copper and purple. Extremely hardy and substantially more robust plant than common biennial hollyhock which produces a single spire, this species produces multiple stems from the base, resulting in a more compact, bushy form. It has the best resistance to rust and longer bloom time as well! They are most impressive in the garden as tall border plants or for background planting and bloom from mid summer to frost. Long stems make for excellent cut flowers.